Translators wanted by recruiter in Washington, D.C language company that provides translation and interpreting services to the US. government. The recruiter suggested I share these new career opportunities with you. If qualified, please reply this email and I will forward them to him.
Please reply by Thurs Feb 19, 2009. Reply only if you meet the requirements stated below.
Preliminary Requirements for all Interpreters:Resume including all formal and informal interpretation experience US Citizen or Permanent Resident (green card holder) Lived in the US for 3 of the past 5 years Must have one year of judicial interpretation experience for The Department of Justice contract –
Please response with your resume including all interpretation experience.
Luo – Kenya
Maragoli - Kenya
Nuer - Sudan, Ethiopia
Bamun – Cameroon *
Basaa ( Douala ) - Cameroon
Ngemba - Cameroon
Oku - Cameroon
Vengo (Babungo) – Cameroon
Ngwe - Cameroon
Chokwe - Democratic Republic of the Congo *
Tama – Chad *
Ejagham - Nigeria
Baule - Cote d'Ivoire *
Bassa - Liberia
Kru - Liberia
Dagbane – Ghana *
Ga - Ghana
Moba - Togo
Dyoula - Burkina Faso
Songhay - Burkina Faso
Toma – Burkina Faso
Manjaku - Guinea-Bissau *
Kissi Northern – Guinea
Limba - Guinea/Sierra Leone *
Mende - Sierra Leone
Temne - Sierra Leone

A Runner Knows She’s Not in Kenya Anymore 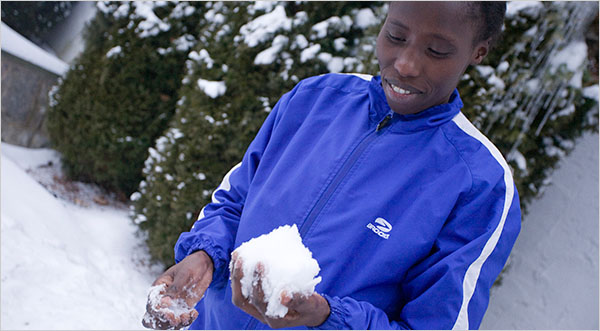 Salome Kosgei had never seen snow until she arrived at Kennedy Airport in 2004.

A Chaotic Kenya Vote and a Secret U.S. Exit Poll 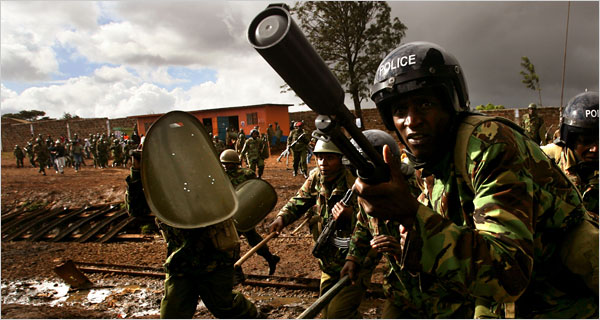 For three days in December 2007, Kenya slid into chaos as ballot counters steadily took what appeared to be a presidential election victory for the challenger and delivered it to the incumbent. The choir were formed in Nairobi in
1998 and count 40 members
An African youth choir has been signed by Universal Music after performing at President Barack Obama's inauguration celebrations in the US.

The Boys Choir of Kenya signed the deal in the transit lounge at London's Heathrow Airport as they returned home to Nairobi from Washington DC.

They were the only international choir to sing at the inauguration.

The choir, who are aged between 13 and 24, put on an impromptu performance for passengers before flying on to Kenya.

They have toured the US several times, and their performances have raised school fees for their members, as well as helping them take on several orphans.

Artistic director Joseph Muyale said: "We heard about the record deal about two days ago. I felt delighted on behalf of the boys.

"We began from humble beginnings and to be recognised by a large recording company is so humbling and quite an honour. We just thank God."

He only saw the choir for the first time at the weekend, after a colleague advised him to watch a clip of them online. Director Joseph Muyale Inzai signed
the contract at Heathrow Airport
Lewis said: "It has been frantic. I didn't know how I was going to get to see the choir - they're not allowed to leave the airport because they're in transit.

"At one point, I even considered buying a ticket so I could join them. But we've been allowed into the departures lounge."

He added: "I went onto YouTube and I saw their CNN performance and I thought, 'Wow - I do not want anyone else working with them.'"

The Boys Choir was formed in Nairobi in 1998 but expanded to members from outside the Kenyan capital in 2004. They now have 40 singers.

They were asked to sing at several events surrounding the inauguration of President Obama, whose father came from Kenya - although he never managed to see them perform.

The choir's repertoire includes a wide-ranging number of pieces from traditional Masaai and Samburu chants to contemporary songs from around Africa. They will now share a label with the likes of Amy Winehouse, U2 and The Rolling Stones. Ms Alice Mukabane at Safari DC, the restaurant and disco in Washington that she co-owns with husband William Mukabane. She plans to serve Kenyan food on 20th. Photo/ KEVIN J KELLY

By KEVIN J KELLEY in Washington, DCPosted Monday, January 5 2009 at 20:57
Within two weeks, Alice Mukabane expects the mother of all parties — complete with nyama choma — to break out at the Kenyan restaurant she co-owns in Washington, DC.

The celebration of Barack Obama's inauguration that night of January 20 could prove even more joyous than the party that raged at Safari DC on November 4 following his victory in the US presidential election.

"This place completely erupted" on that occasion, recalls Frank Simu, one of the regulars at the restaurant and disco Ms Mukabane opened in 1998 along with her husband, William.

"It was marvellous, amazing — something difficult to put into words," Mr Simu says. "It's still hard to believe that the president will be not only an African-American, but the son of a Kenyan."

Ms Mukabane plans to remain at Safari DC throughout Inauguration Day rather than travelling two miles downtown to watch the parade and Mr Obama's swearing-in ceremony.

"It's going to be too crazy," she says. "Millions of people are coming to town. I'll see it all on TV."

She will also be hard at work cooking and serving drinks to the hundreds of Kenyans and friends of Kenya who will turn up at Safari DC, which opens around noon on January 20 and closes, in compliance with local law, at 4am.

Anyone coming from Kenya for the inauguration will be "very welcome" at Safari DC, Ms Mukabane says. But she cautions that all hotel rooms in and around Washington were booked weeks ago.

"Not even Americans can find any place to stay that night," she notes.

Many of the Kenyans living in the Washington area eat, drink and dance at Safari DC even when one they've claimed as their own is not being inaugurated president of the United States. They have come to regard Safari DC as "a home away from home," William Mukabane says.

The couple established Safari DC in a two-story building they bought because 10 years ago, there was nowhere in Washington to find Kenyan food. It's still the only place of its kind in a metropolitan area with about 6 million residents and scores of Ethiopian restaurants.

"Those aren't the same," Alice points out. "Ethiopian food is very different from ours. Nothing is as precious as a mother's food.

The menu at Safari DC includes nyama choma, mbuzi choma, tilapia kadhalika and, of course, Tusker. Kenyans often share dishes with one another at the 20 or so tables or at the bar, which is decorated with Obama photos and posters.

The president-elect hasn't actually visited Safari DC — "we're hoping he'll come soon," Alice says — but Prime Minister Raila Odinga has been there several times. Members of Parliament and other government officials also stop by when they are in town.

Although Kenyans predominate on most nights, the crowd typically includes African-Americans, Caribbean immigrants and white Washingtonians who have visited Kenya. "It's a pretty international place," Ms Mukabane says.

She helped start Safari DC in a mainly African-American neighbourhood with money saved from a catering business she and William ran across the Potomac River in the state of Virginia.

William Mukabane had worked as an executive chef at hotels and restaurants in the Washington area after getting a degree from the Culinary Institute of America.

He arrived in the United States in 1978 to attend the State University of New York at Buffalo, while Alice remained in Nairobi, working for a marketing firm, until 1996. The Mukabanes have two daughters — Maryam, a teacher in Western Province, and Caroline, who works as a waitress at Safari DC on weekend nights.

Alice still spends about 80 hours a week at the restaurant, preparing food and making her guests feel comfortable. She describes herself as "an incredibly hard worker" who is happy to be doing what she does. "You have to enjoy what you do in order to be successful at it," she says.

She also attributes her achievements to the sense of possibility that America offers immigrants. The United States "gives you the opportunity to be what you want to be," Ms Mukabane says.

By electing Mr Obama, the US has also shown the world "how to go beyond race," Mr Simu adds. "People in Africa think of Europe as more progressive; it's here that a black man will be president. I don't think that could happen there."

Ms Mukabane says she hopes Kenyans will learn a lesson from what has happened in the US. "Maybe Kenyans will look at this and say tribalism has to go."

Posted by Nation Media Group at 1:12 PM No comments: